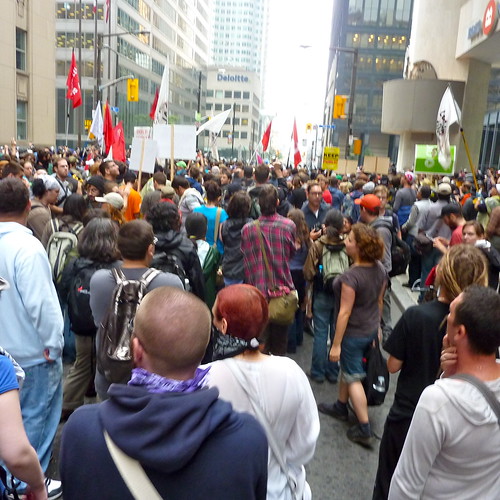 Members of civil society gathered in downtown Toronto on Saturday to protest the G20 Summit. As the evening wore on, police stepped up their efforts to clear the streets of curious onlookers and peaceful protesters.

At a protest in front of the French owned Novotel Hotel, two lines of riot police penned in a group of peaceful protesters. After asking to be released, approximately 100 protestors were arrested. A reporter inside the protest said that he witnessed another reporter being beaten and arrested and also witnessed rubber bullets being fired. Many are questioning why these peaceful protesters were arrested while violent anarchists or perhaps agents provacateurs were allowed to roam free, destroying property in the day in downtown Toronto.

Reports that the Irvings had given up their New Brunswick newspaper empire have suddenly proven premature with the appointment of...

As a regional biologist in Nova Scotia, starting in 1972, I was involved with several eradication programs that used a...

The Higgs government continues to sit atop hefty budget surpluses that have failed to reach those in need, including women,...