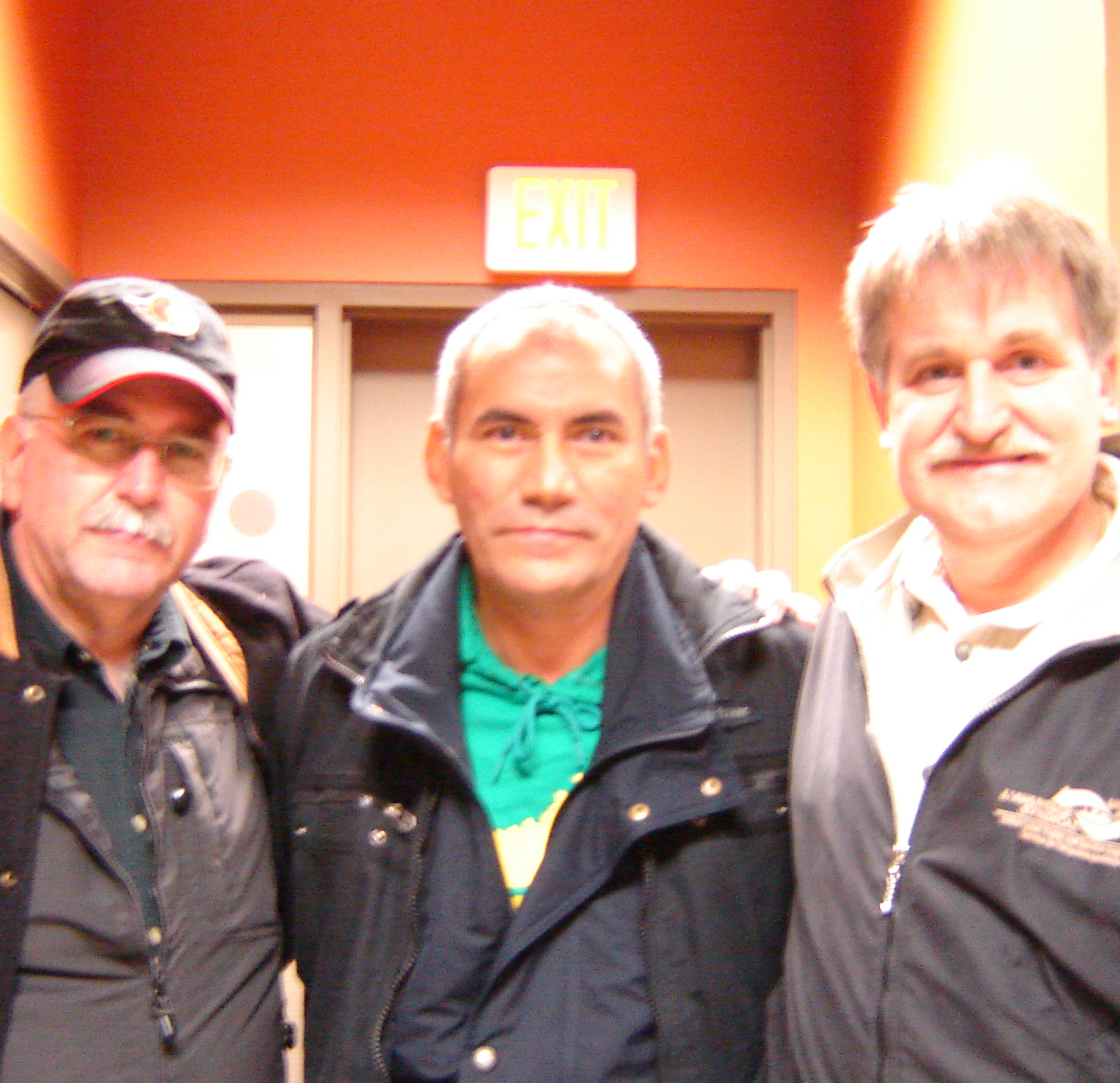 NB Power’s Belledune plant burns coal extracted from the world’s largest open-pit coal mine; the Cerrejón mine in La Guajira, Colombia. Coal extracted from Cerrejón is exclusively exported to meet the energy demands of New Brunswick, Nova Scotia, Massachusetts and other areas.

Coal from Colombia has been dubbed “Colombian blood coal” because of violent displacement of communities and assassinations of union leaders at the country’s coal mines.

Since the development of Cerrejón in 1982, indigenous Wayuu and Afro-Colombian communities in La Guajira have been forcibly displaced from their lands. Traditional agriculture-based livelihoods have been destroyed by dispossession of the land and industrial contamination. During the violent displacement of the Tabaco community, several people sustained serious injuries after being attacked by police. Other communities including Tamaquito face similar fates with planned expansion of the mine.

On a 2006 delegation to the affected communities, Jairo Quiroz, a union leader said, “Their fundamental rights have been violated. These communities lack the most minimal conditions necessary for a decent life. They seem to belong to the living dead.”

Debbie Kelly, an RCMP forensics officer from Halifax, NS, who participated in the same delegation, reported, “Some only eat every three days and for the smiling little children, it is hard to take. Even though their little bodies are racked in open sores from contaminated water, they don’t cry.”

Despite knowledge of Colombia’s deplorable human rights track record and resistance from Canadian and Colombian social movements, Canada ratified a free trade agreement with Colombia in June. Free trade critics say the Canada-Colombia Free Trade Agreement (CCFTA), like the North American Free Trade Agreement (NAFTA), serves the interests of capital. They describe free trade agreements (FTAs) as a mechanism that allows soaring profits and reduced labour costs through the super-exploitation of workers in economically and politically oppressed areas. Labour unions, human rights organizations and church groups across Canada have decried 45 assassinations of trade unionists in Colombia in 2009 as reason enough to oppose the deal.

There have been active campaigns in New Brunswick, Nova Scotia and the U.S. to educate the public about the human price of their coal consumption. The campaigners demand that electricity-generating companies, like NB Power, buying coal from Cerrejón put pressure on the company to negotiate fair agreements with communities affected by the mine’s operations.

Jesus Brochero, a union leader with SINTRACARBON, the union representing 3,500 direct employed workers at Cerrejón, was the most recent visitor to the Maritimes. He spoke to crowds in Fredericton and Tatamagouche, NS on a tour sponsored by the Public Service Alliance of Canada. He met with New Brunswick’s union leaders in Moncton in early December 2008. He also met with NB Power executives to discuss the situation of workers at the mine and to ask for NB Power’s support in their demands for safe and healthy working conditions. The workers are concerned about prolonged exposure to carcinogenic substances and they want the company to categorize the substances they encounter at work as hazardous.

Colombia is the most dangerous place in the world for people active in trade unions; over 2,510 trade union leaders have been murdered in the last ten years. On March 22, 2008, Adolfo González Montes, a worker at Cerrejón and union leader, was tortured and killed at his home. He is survived by his wife and four small children. The Colombian government’s failure to act on such crimes allows the perpetrators to kill trade unionists with impunity.

Besides continuing the struggle for better pay and safer working conditions, Sintracarbón has been fighting to organize many of the 4,000 outsourced workers at the mine. On August 9, 2010, four outsourced maintenance workers at Cerrejón were killed when a high platform holding 16 workers collapsed and fell. Organizing efforts are countered with harassment and persecution by contractors, while the company refuses to intervene.

The Fredericton Peace Coalition, Atlantic Regional Solidarity Network, Development and Peace, New Democratic Party and social justice groups are monitoring the situation in Colombia and acting in solidarity with the mine affected communities and the workers. In recent years, they have asked NB Power to develop a detailed human rights policy in their business dealings and to ensure compliance with this policy through an independent third party. NB Power has been asked to ensure that their purchases, operations or investments do not directly or indirectly cause human rights abuses. They have been asked to include International Labour Organization standards concerning the rights of indigenous peoples and the safety of trade unionists in their policy.

NB Power, a provincial Crown corporation with a mandate to serve the public interest, has acted on requests to write letters to Cerrejón asking for fair dealings with the affected communities and their workers. In contrast, NS Power, now a private company owned by Emera, has refused to continue meeting with Nova Scotians concerned about the human rights violations at the areas where they purchase their coal. While NB Power has been open to meet with New Brunswickers concerned about the use of Colombian coal, they have yet to respond to the requests concerning the ethics of their operations.

New Brunswick is a linguistic microcosm of Canada. Here, the country’s two official languages enjoy legal equality and we can...

A campaign targeting the most common myths and prejudices about people living in poverty is being launched today (January 27,...

Towards a low-carbon Fredericton

In May, Fredericton will choose a mayor in the midst of a global climate emergency that can no longer be...

“We have more in common with the construction worker in Iran:” Saint John rallies against war with Iran

Two dozen people in Saint John marked the global day of action against war in Iran on Saturday, Jan. 25...