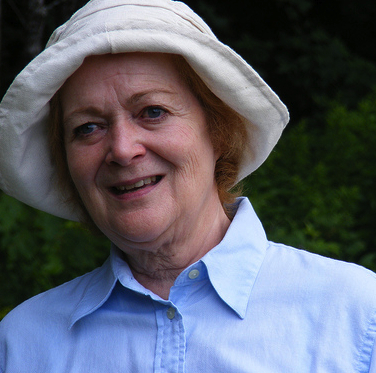 Fredericton – Residents on Fredericton’s north side are busy this summer gathering public support for the Sunset berry fields and forest. They want Frederictonians to contact their city councillor and ask them to vote in favour of rezoning the 65-acre city-owned property to open-space/agricultural status when the motion for the citizens’ request comes before council for third reading in September. They have gathered over 3,000 signatures on a petition and they have created a website and video to draw attention to their  campaign to save what they call a cherished and unique part of Fredericton.

“Sunset Berry U-Pick and Forest, at 49 Ferris Street, has been enjoyed by residents for decades,” says Gretta Wells, who is coordinating a resident-led effort to preserve the berry fields and forest. She notes that for many residents in Fredericton it’s not only a berry patch but a place to enjoy nature.

The berry fields attract thousands of residents during the summer and the forest trails offer an escape from urban life all year round. Residents walk, bike and ski the pine-clad trails where eagles can be spotted and songbirds heard. Beavers, muskrats and other wildlife are found in a designated provincially-significant wetland on the property. Alan Haines who walks the forest trails daily says, “I have spotted a group of young bald eagles in the pine trees.” 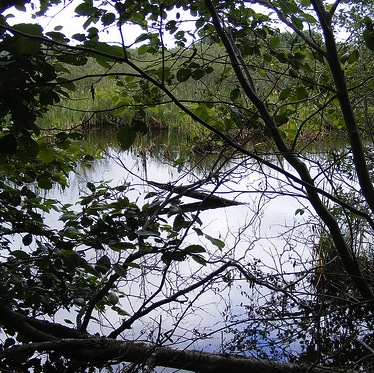 Wells and a city-wide group began to mobilize around protecting the fields and forest when they learned that private property next to the site had been approved for residential development. Plans are underway to build about 166 homes on the adjacent property. Haines feels that once the property next to the fields and forest has the necessary infrastructure installed, this city-owned property will become attractive to developers. The berry fields and forest property is currently zoned under the status of residential holding, which means it can be flattened for residential development whenever the city wants to sell it to a developer.

In April 2012, Fredericton City Council supported the residents’ request and voted in favour of rezoning the land to open space/agricultural status. However, in June 2012, the proposal went before the City’s Planning Advisory Committee and the Committee voted down the proposal in a tied vote where the chairman, Dan Koncz, had to vote to break the tie. The Planning Advisory Committee’s membership has been criticized because it includes developers who could have a vested interest in development in the city.

Fredericton City Council will either accept the recommendation of the Planning Advisory Committee or they will override the Committee’s recommendation and put the existing motion to a final vote. If the existing motion is put to a final vote, a total of seven councillors would have to vote in favour of the rezoning request. The residents feel that they have the strong support of some of the councillors, including Dan Keenan, the councillor in Ward 1 where the berry fields and forest are located. They are working on reaching the other councillors to gain their support.

Kate Rogers is one city councillor, representing Ward 11, in the citizens’ corner.  “The Sunset berry fields and surrounding land is an important piece of property within the City and should be protected as open green space. Continued agricultural usage at a time when we’re seeing an increasing stress on food security, combined with potential recreational usage in a forested area containing several native tree species, is progressive, conscious development. There are lots of different types of development and a city requires a healthy mix. That area of the city has seen the recent development of a high density residential complex. We need to rethink our idea of development to recognize that complementing this with a substantial open green space is positive development,” says Rogers.

Fredericton Mayor Brad Woodside has said that he supports maintaining the area as green space. He said, “The strawberry fields are a wonderful asset to the city where families can get together and not have to drive great distances to get beautiful quality berries. We got a lot of places in the city where there are buildings and where we are developing. I already stated publicly to the group that was in that if we made a decision to go with the green space and allow the berry patch, it’s something that in 50 years time people will say that was a smart council.”

Strawberries, blueberries and raspberries can be picked on the 21-acre U-Pick. Having fresh food available to residents in the middle of a city makes Fredericton a desirable place to live, according to Wells. “The crops are so important for urban children and those of all ages in our city. Many of us go to the supermarket to buy our food and we don’t know how our food is grown or harvested,” says Wells  who points out that the soil at the Sunset U-Pick is exceptional. “Houses can be put just about anywhere but the same can’t be said for food crops,” says Wells. 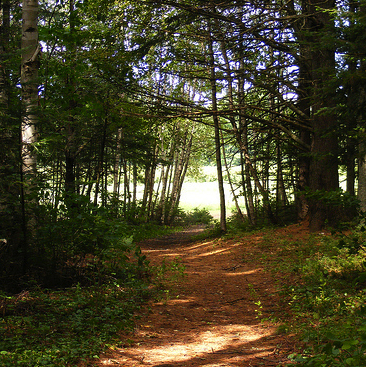 Wells and Haines say the site also carries meaningful history for the residents. “The property has been farmed for a century. The land was originally farmed by the residents of the old Municipal Home, which is now York Manor Complex. For many years, the residents of the home worked in these fields, growing food to feed themselves. Many of the people who lived and worked the land here had no family or resources; they were elderly or had physical or mental challenges. They had few options to sustain themselves. The fields provided them with a way to live,” says Wells. Today, the berry fields, operated by David and Susan Walker, employ about 15 people, many of them students and retirees, in the summer.

“We must preserve what other cities wish they had and are spending money to create: productive agricultural fields and natural forest and wetlands in the heart of our city. We hope to work with Fredericton City Council to preserve this property, for now and for future generations,” remarks Wells.

The NB Media Co-op is pleased to announce that Abram Lutes is the inaugural recipient of the Brian Beaton Annual...

The environmental transition of the Petitcodiac River will be completed soon, with the new bridge opening scheduled for October 5....

On July 22, the José Alvear Restrepo Lawyers’ Collective (CCAJAR), the Corporación Geoambiental Terrae and local communities of the Guajira...

Building food sovereignty in New Brunswick with a worker-owned cooperative

Early morning on June 20th, people from the Fredericton and the Miramichi headed to Pleasant Ridge in unceded Mi’kma’ki territory...